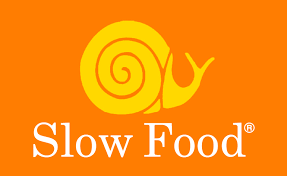 The pasta protest on the Spanish Steps 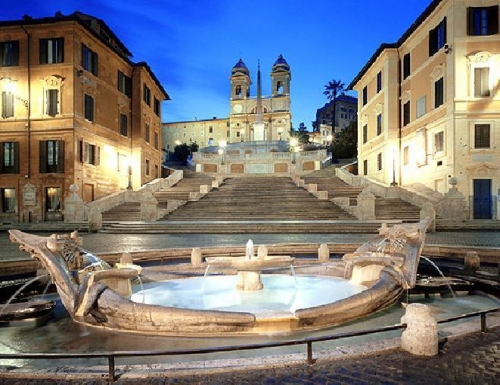 The movement began on the Spanish Steps in Rome in 1986. McDonalds wanted to open a franchise there and many Italians, who generally have a lukewarm relationship with fast food, were not happy about it. One man was particularly dismayed. Carlo Petrini, the founder of the movement descended upon the steps to protest with bowls of pasta rather than banners. In the same year a Slow Food Manifesto was signed by delegates from fifteen countries against big international business interests. A non-profit organization, Slow Food now counts over 100,000 members in 132 countries with hundreds of regional ‘groups’ around the world.

The Movement is an idea about a way of living and a way of eating. It is a global, grassroots movement that links the pleasure of food with a commitment to community and the environment. The philosophy of Slow Food is ‘Good, clean and fair food’, the direct opposite to fast food. There is a strong belief that everyone should enjoy good food that has been created with care from healthy plants and animals, and harvested with methods that have a positive impact on our local ecosystem, that food should help build community, celebrate culture and promote regional diversity.

Slow Food helps the kind of artisan producers that Vorrei work with to ‘swim against the tide of fast life’ by explaining to the public why their products are special and why they can usually cost more to make than their mass produced counterparts. Through their Forgotten Foods programme they help to preserve and promote products which had almost or completely become extinct, products such as the Colatura di Alici (Traditional anchovy sauce) from Cetara on the Amalfi Coast and the Slow Food San Marzano  both of which can be found on our website.

Slow Food makes a good case that globalism’s power can also be exploited to save the local cultures most threatened by it. Carlo Petrini calls this ‘virtuous globalisation’ and it encourages farmers and producers to market traditional foods in non-traditional places, connecting producers in one part of the world with consumers in another. So a grower of a rare, wonderfully tasty but comparatively unproductive strain of wheat in Puglia who can’t find a local market can be, through Slow Food, hooked up with a company (like Vorrei) which is able to find the home bakers looking for a very special flour that makes such distinctive bread. Slow Food is demonstrating how global trade and mass communication can be turned into powerful tools for rescuing cultural and biological diversity from precisely those perils of global trade and mass communication.

About more than just food…

The Slow Food movement was not and still is not only about food, but about life choices. The group embraces the values and lifestyle that many Italians associate with their grandparents and their way of life, a simpler more wholesome version of today’s fast world.

The concept of conviviality is at the heart of the movement, this means taking pleasure, as Italians still do, in the process of cooking, eating and sharing meals with others be that family or friends – bringing back the social togetherness of the past and this can only be a positive thing.

Do you agree? Let us have your views!