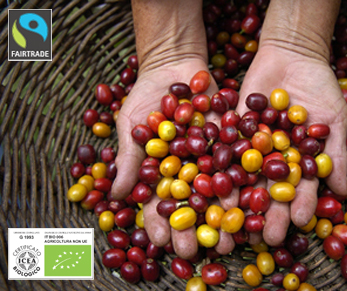 Organic coffee – why you should be drinking it

Home » Organic coffee – why you should be drinking it

Coffee has gradually made its way towards the Olympus of healthy and energy-boosting drinks. Over the last few years, many scientific studies have been conducted into the benefits of coffee in contraposition to the undoubtedly negative side effects of its excessive consumption. The positive properties of this incredibly ancient drink are plenty and varied, but one thing is undeniable, your coffee should be organic.

This is mainly because organic plantations ensure coffee beans have not been soaked in pesticides and chemicals, making it simpler to eliminate any health risks related to these substances. The importance of organic coffee is fundamental to its true quality, to the extent that many prizes and acknowledgments are awarded ever year to organic coffee producers. This is why we were really pleased that, in December 2015, our coffee producer, Caffè Haiti Roma, won the gold medal in the Asia International Coffee Tasting Awards for its Fair trade Organic Fine Blend. This prize stands for high quality as well as fair rights for local producers. But lets look in detail what the actual benefits of organic coffee are and how to get the best out of this valuable drink. 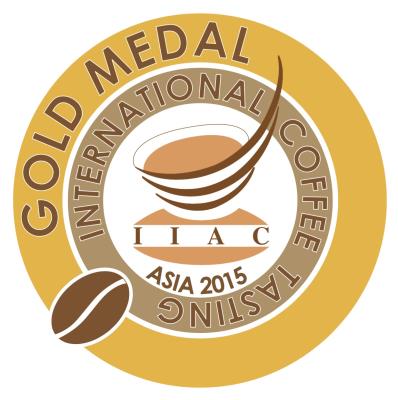 First of all we must make sure to point out that, no matter what, an excessive consumption of coffee can never be one hundred percent healthy. This is due to the presence of caffeine in the coffee bean. Caffeine is believed to be an energizer but, in massive doses, it can become toxic. In nature, caffeine is actually a poison that the coffee plant releases to protect itself from parasites. In small amounts this is harmless to humans, but this is the reason why we should try to avoid exceeding three cups of coffee per day.

This said, the upsides of drinking organic coffee in the right amounts are countless:

1) Feelings of alertness and increased energy: these occur as a result of the interaction of caffeine with adenosine receptors in the brain. Caffeine is also commonly added to pain relief medication because of the role of adenosine in headaches and migraines.

2) Improved performance in sports: coffee increases adrenalin levels in the blood. Drinking coffee before working out is thought to improve your physical performance and endurance.

3) Fat-Loss booster: studies have confirmed that coffee can be a great ally in the process of weight loss, acting like a booster for your metabolism.

4) Disease risk reducer: coffee has also been thought to lower the risk of contracting neurodegenerative diseases like Alzheimers or even other diseases like diabetes or Parkinson’s. It is very important, though, to drink it black, without adding sugar or milk. Adding sugar, just as well as adding milk, would decrease the beneficial effects of coffee by chemically changing its structure.

6) Muscle Toning: Caffeine is also a powerful muscle toner and is known to reduce the impact of cellulitis. 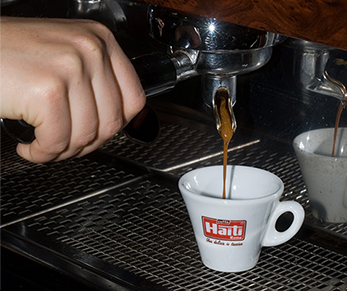 Aside from its beneficial properties, organic coffee is an even better choice as far as fair trade is concerned.

Your coffee is coming from a sustainable plantation where local workers are paid fairly and treated with respect.

By buying it you are making sure workers earn a proper wage and can support themselves and their families by it.

The profits coming from selling organic coffee are usually reinvested in the local community, improving its quality of life.

To end consumers this means more control over the quality of the produce, and the certainty that all the important nutrients and benefits of organic coffee are retained, while pesticides and harmful chemicals are absent.