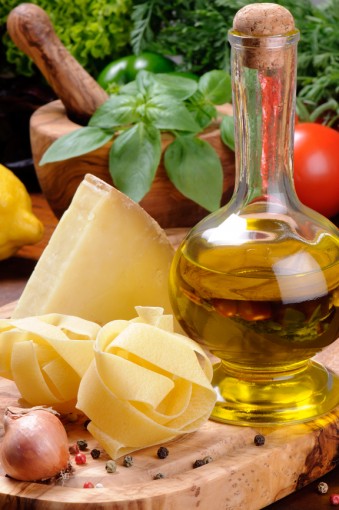 What You Need to Know about the Mediterranean Diet

Home » What You Need to Know about the Mediterranean Diet

Did you know that the Italians live on average 18 months longer than the Brits? A comparison of health outcomes in 19 countries over 20 years published in the Lancet put Britain at number 14 in the life expectancy table, down two places since 1990. Italy fared much better rising from 5th to an impressive 2nd place. Moreover, recent data from Italy’s National Institute for Statistics showed an increase of 138% in the number of Italian citizens over 100 in 10 years. There are now more than 15,000 centenarians in Italy. Life expectancy for women, constantly on the rise, is 84.5 years; the same can be said for men, who have a life expectancy of 79.4 years.

A recipe for a healthier life?

Of course there are many complex factors affecting life expectancy but one of the main undisputed ones has to be the Mediterranean diet. The positive effects of this diet were first highlighted over 60 years ago, when an American scientist based in Italy started examining the correlation between health and food. But it was not until the 1990s that the diet achieved widespread recognition with several studies proving that those who follow it live longer and develop fewer diseases. Today, the low-fat, high-fibre diet is considered one of the best recipes against health problems such as arthritis, obesity, type 2 diabetes, asthma and cardiovascular disease. Just last month a trial in the New England Journal of Medicine involving more than 7,000 people in Spain found that those given either a litre of extra virgin olive oil, or 200g of walnuts, hazelnuts and almonds every week for five years had a significantly reduced risk of stroke and heart disease compared to a third control group who were simply advised to have a low-fat diet.

The seal of approval from Unesco

Just recently Unesco voted to award the Mediterranean diet World Heritage Status, making it the first national or regional diet to be included on the organisation’s prestigious list of ‘Intangible Heritage’ alongside folk songs, endangered languages, religious rituals and traditional crafts. For Unesco the term ‘Mediterranean diet’ represents not only the actual food items themselves but also the traditions, practices and knowledge that surround the diet. The word diet comes in fact from the Greek ‘diaita’ meaning lifestyle, encompassing social interaction, customs, songs, legends all shared by a community and passed on from generation to generation. UNESCO hopes that the inclusion of the diet will promote the culture of the Mediterranean diet as well as the choice of individual foods.

So if we want to reap some of the proven health benefits, what are the essential elements of the Mediterranean type diet?

Plenty of: Vegetables, fruit, potatoes, beans & pulses, pasta, bread, whole grains, cereals – local & seasonal products when possible. Olive oil daily both for cooking and seasoning. Water and a moderate amount of wine to drink, mainly during meals and as much exercise as possible! Moderate quantities of: Fish (at least twice a week), just a little meat – preferably poultry. Small amounts of: Dairy products such as cheese and yoghurt Avoid: Butter, white sugar, salt, sausages, beef and pork, fatty cheese, sweets, spirits. The Mediterranean diet is essentially a simple one. It involves getting back to basics and using good quality, simple ingredients, preparation may take a little longer but the benefits may justify the extra effort involved given that there’s scientific evidence to prove that older people who eat a Mediterranean diet live an estimated 2-3 years longer than those who don’t…and remember it’s also all about the rituals and pleasure of sharing the delicious food you have created!