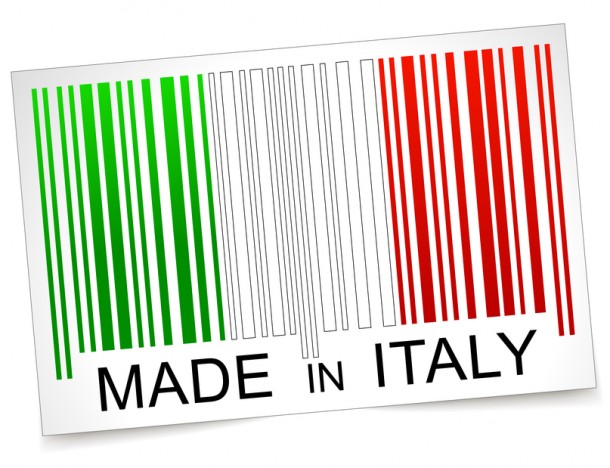 Italy is of course famous across the globe for its cuisine and fabulous local specialities that everyone loves. But did you know that according to recent research, Italian food is the most imitated and faked in the world? From China to the United States, hundreds of Italian delicacies from Parmigiano Reggiano, to extra virgin olive oil, from buffalo mozzarella to wine, are counterfeited and traded.

The Italian fake food ‘industry’ is worth €60 billion worldwide – 26 billion in Europe alone. The countries that produce the largest amount of fake Italian food are Turkey (18%), Singapore (12%), Hungary (7%) and the USA (5%) and the largest consumers are the US, Canada and Mexico.

Ironically much of the fake Italian food flooding these markets is faked at home, with the Italian mafia and its related groups taking advantage of the economic downturn in Europe and Italy and placing more than one-third of Italy’s agricultural lands in the hands of those conducting illegal activities. Such activities include the production of counterfeits of the country’s own products such as olive oil and mozzarella cheese, their distribution and the creation of international sales networks.

Here’s our list of the top 6 most faked traditional Italian foods:

Researchers have found that olive oil is the food most vulnerable to food fraud. In many cases consumers are getting a lesser quality than the label promises – regular olive oil instead of extra virgin, or a cheaper, non-Italian variety being sold as Italian. Olive oil simply bottled in Italy might not be the real thing – much of it is made from olives that come from Spain, Tunisia and Greece, but that are then sold as Italian oils. Olive oil is also frequently diluted with other oils such as hazelnut oil, corn oil, sunflower oil, peanut oil, vegetable oil, soybean oil, palm oil and walnut oil. One olive oil sample even contained lard!

Counterfeit Italian wine continues to be a problem exacerbated by both enterprising criminals in China (one of the fastest growing wine markets in the world), who have been capitalizing on the increasing thirst for fine wines in their country and Italian home-grown criminality. Just last year thousands of litres of low-quality wine, falsely labelled as DOCG Brunello di Montalcino and Chianti were seized in Italy. These fake ‘fine’ wines were ready to be sold on the international market – at a price ten times higher than they were really worth. The bottles were accompanied by false quality certification documents too.

Experts say that the easiest and most obvious way to detect a counterfeit wine is to look for spelling mistakes on labels – so watch out for those super-cheap bottles of Priseco!

Fake Parmesan is big business with 43,500 tons sold and marketed each year. The fake stuff tastes nothing like real Parmigiano and contains none of the right ingredients. Again, one of the most common tricks is to sell Parmesan with fake names which make it difficult for the average foreign customer to differentiate from the original ones. So Parmigiano Reggiano becomes ‘Regiànito’ in Argentina, ‘Parmesao’ in Brasil or ‘Pamesello’ in Belgium.

If you prefer to fake your own, check out the Parmesan Kit online allowing you to magically produce the cheese at home! The kits, that promise to create Mozzarella in just thirty minutes and other Italian cheeses including Parmesan in two months, contain all of the necessary powders plus equipment! The popularity of these kits has meant that exports of Parmesan to the US dropped by 10% last year and that overall fake cheese production in the States exceeded actual real cheese production in Italy (300,000 tons compared to 295,000 tons)! As a consequence one in four small producers of Parmesan have gone out of business since 2007.

Pasta has always been the ultimate symbol of Italy and naturally appears on our list! Counterfeit Italian pasta is prepared with poor quality flour often intended for animals rather than humans. The result is a product with a flavour that is nothing like genuine Italian pasta made from durum wheat flour. More seriously, egg pasta is often also faked and made with out of date products and coloured yellow with artificial coloring.

Favoured by home chefs, loved by restaurants all over the world and drizzled across pizza, pasta and salads, most commercial Italian truffle oils have unfortunately never been anywhere near a real truffle! Instead they are created by mixing olive oil with a synthetic petroleum-based flavouring agent. Check the label for truffle ‘aroma’ to spot the imposter oils!

Since the rest of the world worked out just how good these tinned tomatoes really are, unscrupulous tomato producers have been cashing in and selling fake San Marzanos at half of the fair, real San Marzano price. Take, for example the tomato passata that was imported to Italy from China and mixed with water and salt, before being exported and sold as ‘Italian’ by British supermarkets. Once again it’s important to read the label carefully for vague descriptions such as ‘San Marzano style tomatoes’ and always look for the letters ‘DOP’ (Protected Designation of Origin) on the tin as well as ‘Pomodoro San Marzano dell’Agro Sarnese- Nocerino’ guaranteeing that the tomatoes were grown in the correct area of Italy by local farmers.

Of course when food is produced on an industrial scale it can become difficult to trace exactly what is in it, where it has come from and indeed if it really is what it says it is. Only when buying from companies such as Vorrei, who  are able to guarantee a direct and personal link to the producer can you be 100% sure that your tinned tomatoes aren’t made in China and your Parmesan has not been concocted from a kit!